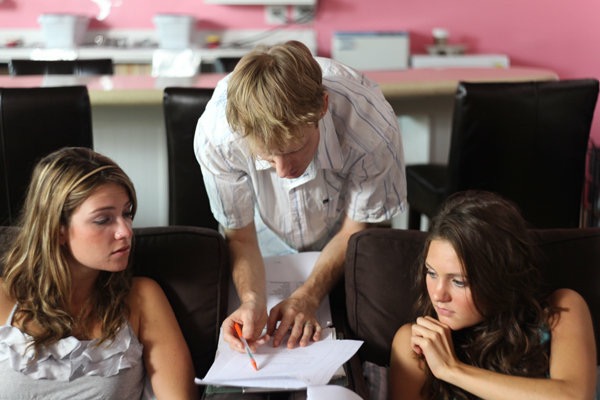 Acting is perhaps the most common dream which every teenager houses in their heart but on the contrary, only one in a million goes on to be an actual actor or an actress. Have you ever wondered why this is the case? Well, if you have then you might as well know that it is just as hard as it gets and might be much more challenging than a day to day desk job. There is a common misconception that acting is much alike lying with flair to it. This gives way to an underestimating the job of any actors or actresses. But in reality, acting is not an art of lying but is very much opposite of that! The very essence of acting roots from the art of expressing the truth.

What differentiates spectacular acting from utter bland acting is that it should always look natural and should seem that the actor or actress is the character itself. And not only that, even the tiniest of details matters when it comes to proper acting. Take for instance Allie Fremin, the new face of American acting spectacle. Even at her young age, she delivered a remarkable performance in the blockbuster movie ‘Bracelet of Bordeaux’. According to Casey Kelly, the director of the movie, Fremin is a remarkable discovery and holds a bright future ahead of her. Now you might be thinking that how even such a young teen girl made a deep mark as an actress in the mind of the audience. Well, this is a matter in which opinion hardly differs from one individual to another.

And the fact is that Allie Fremin had that dedication in herself so as to shine amongst all the other faces in the movie. And according to Allie, no role is to big or small, it is all the same, even a major role in a movie is same when equated to a short crisp role. But the true key of shining lies in the hours of effort put behind it. One has to go through all the thicks and thins, regardless of anything in order to rise to the absolute pinnacle of success. Therefore it is because of this hard work that the movie ‘Bracelet of Bordeaux’ made it really big in the theater ultimately providing with packed up entertainment to the young and old American alike.

And if you go through the critic’s reviews, you will very likely see that apart from praises about the cinematography, the light settings, the continuity of motion, they also mentioned the name of Fremin to be a highly gifted actress. And her acting has been described as totally natural and spontaneous which is rarely seen in budding actresses nowadays.

Therefore if you still haven’t caught a show of the flick, make sure that you do it soon and then you can very well see as to why Fremin has been described as an exceptional actress in every way possible.

Pipette Materials: Plastic Versus Glass
Physical Death Is Not The End To Any Person’s Existence
To Top