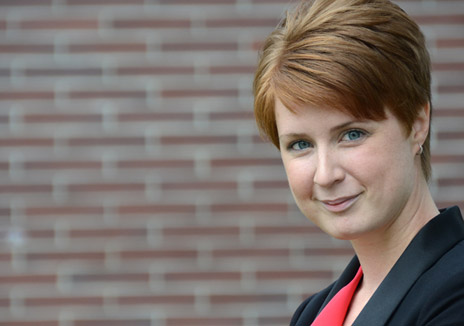 Forensic psychology is a popular career today, and there are quite a few reasons for that. One of the biggest reasons is the part that forensics plays on television shows, in movies, and in novels today. The life of forensic specialists is – at least in popular media portrayals – exciting, fun, and carrying just a hint of danger. This is hardly the first career to have the media give it a bit of a facelift. Firefighters, policemen, pilots, and countless other careers generally have an interesting nature in the fictional worlds they inhabit. In real life, the people in those careers can have an exciting nature, too. What about those with a forensic psychology degree?

If you watch some of the portrayals of forensic psychologists today, you would imagine that they spend each week tracking down a new serial killer or serial arsonist, trying to get to the bottom of cases that the authorities just can’t do on their own. Of course, it’s not like this in the real world. Real life forensic psychologists do have interesting jobs, and they do work with the police, federal agencies, and dig into the minds of criminals; however, most of what they do is in a nice and safe clinical setting. Psychologists generally do not have to worry about sitting down for dinner across from Hannibal Lector.

Still, in pop culture today, the forensic psychologist holds a special, almost mystical place. They read killers with uncanny accuracy, walking the fine line between the law and the real world, and the abyss where they killers live. The following are some of the most popular forensic psychologists working in fictional worlds today. You probably have your own favorites, too.

Dr. Lance Sweets is one of the most beloved characters on the television show Bones today. The youthful, almost innocent appearance and actions of the character hide a darker past, making him intriguing. Often the writers use him for comic relief in the show, but there is much more than meets the eye with Sweets. He’s a psychologist who works for the FBI and assists Agent Booth and Dr. Brennan often. Even though Brennan doesn’t go in much for psychology, even she, in her analytical and logical ways, can appreciate Sweets as well as the skills he brings to the table.

Alex Cross is a fictional character with an interesting career. He has worked as a clinical psychologist, a police officer/forensic psychologist, an FBI special agent, and more. He also happens to be one of the most well known of James Patterson’s many creations. He tirelessly pursues killers, and has made the jump from novels to the big screen on several occasions. Kiss the Girls and Along Came a Spider had Morgan Freeman starring as Cross, and Tyler Perry is taking over for the new iteration of the character.

The Agents on Criminal Minds

One of the shows that really makes use of criminal psychology today is the very popular Criminal Minds. Most of the members in the show are a part of the FBI’s Behavioral Analysis Unit, and they all have training in criminal profiling and psychology. Because of the sheer number of characters in the show, just about everyone can find someone to like and cling to as they watch. The show does a decent job of covering different types of psychological problems. Of course, it is a television show, and you will most assuredly find errors when drama needs to trump reality.

If you are considering getting a forensic psychology degree, then you will probably know at least some of the shows and characters mentioned here, and will likely have your own favorites. The reality of doing the job is going to be much different from what you see on the television or read in novels, but you will find that the job can still be quite exciting. Just don’t expect to be working with David Boreanaz Emily Deschanel!