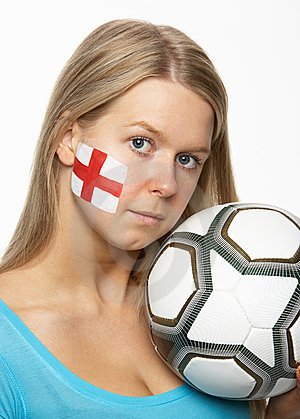 It was actually before Christmas when I first pondered the idea for an article, with my initial thought being a guest post based on how the Championship had been segregated into “mini-leagues”. At such a time, around four teams had become separated from the rest of the division and in my eyes, I just couldn’t see a way of them bridging the gap.

As it has happened, this is exactly what has occurred. The teams at the foot of the Championship have caught up with everyone else and the issue on who is going to be relegated really is up in the air. The likes of Peterborough and Barnsley are always regarded as favorites for the drop, but now we have former top flight clubs such as Wolves and Bolton also looking over their shoulder.

Bearing the above in mind, I’ll now take a look at each of the teams that I believe faces an uncertain future in the second tier of English football. Incredibly, eight sides are focused on.

Starting from the bottom, Peterborough are one side that I’m almost tempted to write off now. Posh may have displayed plenty of spirit over the first half of the season, but with six points separating them from safety it is going to take a mammoth ask to allow them to escape this predicament.

Darren Ferguson is a well-respected manager following his previous achievements with Posh, but with the club having such a small budget and a squad mainly made up of lower league players, I just can’t envisage an escape. Things looked to be picking up a few weeks ago following the purchase of Dwight Gayle, but since then they have reverted back to their old ways.

Next up the ladder is Bristol City, a team who are attempting to turn things around after replacing manager Derek McInnes with Sean O’Driscoll. They are four points away from 21st position and while some might be encouraged by their recent change in manager, I’m not too sure. O’Driscoll hasn’t really proven himself at this level before and he was largely responsible for Doncaster’s relegation last season. Admittedly, the circumstances were difficult, but I’m not sure his passing principles will be instilled in time for City to stay in the division. Bearing this in mind, it will be interesting to see just how the club perform once O’Driscoll’s “honeymoon period” is over.

Another side who have changed their manager is Barnsley and similarly to Bristol City, they have also experienced an upturn in form following that move. Just goal difference keeps them above City although after losing teenage sensation John Stones in the recent transfer window, it will be interesting to see how the Tykes and David Flitcroft respond. Flitcroft was able to bring in several reinforcements but again, as is the case with any new manager, I will reserve judgement until these first few weeks of his tenure expire.

This is a team that really shouldn’t be down at the bottom when you look at the squad on paper. Just like the other two clubs looked at, Ipswich have also dismissed a manager this term and it’s left to Mick McCarthy to try and save the ship at Portman Road. Their goal difference of -22 is comfortably the worst in the division but even though they only sit four points above Barnsley, I think this could be a club that survives comfortably. McCarthy has made a career out of success at this level and considering the players he has available, I think Championship preservation for Ipswich will be relatively straightforward.

There were strong rumours that Sheffield Wednesday were going to dismiss Dave Jones at the start of the season, after a truly awful opening few months. It looks as though the decision to keep him at the helm is paying dividends though, with Wednesday making some real progress as they occupy 20th spot. They’ve been able to bring in several players during the January transfer window and with Jones also being a seasoned manager at this level; I don’t think the Hillsborough outfit will be playing League One football next term.

This is one team outside the bottom three who I have grave concerns about. Previous manager Stale Solbakken couldn’t stop the rot following their relegation from the Premiership last season and his replacement, Dean Saunders, seems to be struggling as well. Even after their recent top flight history, Wolves don’t have a strong squad on paper and with Saunders having no previous success at this level to his name, I think Wanderers could be facing a real fight to remain at this level. They’ve not won in their last eight and after a quiet transfer window, the Molineux faithful is surely fearing the worst.

Another so called “big side” of the division is Birmingham. Off-the-field problems have blighted them over recent times and they don’t seem to be easing, after club officials announced that all players are available for transfer. Lee Clark hasn’t managed to build on the success that Chris Hughton managed last season and while their squad is stronger than some others out there, it remains to be seen whether their six point cushion from the bottom three will be sufficient. After staying away from the bottom places for much of the season I don’t think they should be as worried as other clubs, but relegation is certainly still a possibility.

Another club fixed on 34 points is Bolton and if truth be told, this is probably the team that I would say is most likely to remain in the division. Admittedly, they’ve struggled throughout the campaign and the arrival of Dougie Freedman certainly hasn’t changed their fortunes. However, on paper they are still strong and considering some of the teams below them, I think Bolton, barring any disasters, should just about survive.

This article was written by Liam, who is a huge football fan and runs his own website over at bonusbetting.org.uk.