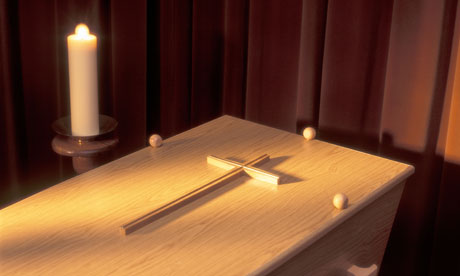 What would you do to make certain that your life, and your death, meant something in the bigger scheme of things? And what if you could not only make a difference in the well being of society, but provide your family with some comfort at the same time?

These ideas are not mutually exclusive and are a lot more attainable than most of us would ever imagine. If you’re willing to consider donating your body to science, you can actually make a meaningful contribution to science, while saving your family thousands of dollars in funeral costs. For anyone who really wants to give back to society, this is an incredibly good deal.

Did you know that the average North American funeral costs survivors between $6,000-$10,000? That’s not cheap and, more often than not, it’s definitely not going to be covered by insurance. Making matters even worse is that very few people have invested in pre-paid funeral plans. So not only are their families burdened with the loss of a loved one, they’re also stuck paying for a funeral.

Funeral directors and morticians are almost always kind, soft spoken professionals. While the people in funeral homes are easy to deal with, most people can be forgiven for experiencing sticker shock when they hear the words coming out of the mortician’s mouth. Everything from the coffin to the guest book is marked up beyond belief.

And if you’re thinking that cremation will save you from that, you might want to guess again. Though the average cost of cremation is right around $1,000, all those extras like an urn drive the price back up into the stratosphere. That’s where body donation comes into the picture.

Today’s body donation programs are a far cry from the ghoulish stereotypes you may have seen on television and in the movies. These programs work quickly and efficiently to insure that your remains are quickly transported to a licensed research facility, where tissue samples are removed for research.

Once those samples are removed, they’re used in a variety of cutting edge research studies. In many ways, your legacy can be greatly enhanced by body donation, especially if the study yields positive results. Your remains are then returned to a licensed mortuary, where they’re cremated and returned to your family (if that’s your wish). That’s the whole process in a nutshell.

An Affordable Funeral After All

Body donation services pay for all the costs of filing your death certificate, transferring your remains to the mortuary, and getting your cremated remains back to your family. Once they’ve receive you, they can stage a proper funeral, at a very affordable price.

If you’re the kind of person who doesn’t need an elaborate funeral or several thousand dollar box to spend eternity in, body donation is definitely something worthwhile. There’s no question that your surviving loved ones will publicly laud your gift to science, while privately praising your frugal instincts that went on until the bitter end.