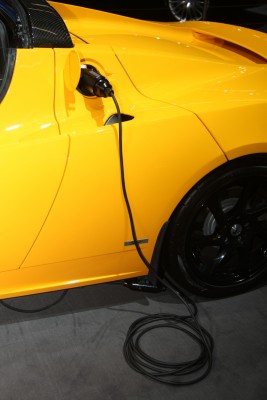 Ask most members of the public, and they will agree that the electric car is the way of the future. While gas cars are still being bought in large numbers, the high price of gas is causing even the most petrol-headed driver to think again. Although the first makes of these cars were not really very good, and only ran for a very short period. The idea of the electric car was admittedly interesting, but before the middle of the last decade, it was not really possible to imagine a time when the electric car would be widely bought.

The Present Face of The Electric Car

Currently, there are only a few electric cars available. For example, in India, there is only one type of electric car, known as the Reva. In other areas, cars such as the Tesla Roadster, and the iMiEV of Japan have started to attract attention. The latest car, the Nissan Leaf, was launched in the US and Japan in 2010, but is so far only available in limited numbers. Future electric cars are expected to follow in the steps of cars such as the Citroen C1, Th!nk City, and Buddy. For the more upmarket, Rolls Royce has suggested that it will try and create an electronic version of the Phantom car. Estimates put the price of this vehicle at around £1 million, a little too expensive for the average man in the street.

Electric Cars of the Future

In the future, we can expect to see more electric cars built along the same lines as the ones already being produced by car companies. Examples include Ford’s Focus Electric, which is to be launched in 2013. Ford suggests that this car will have a battery power capable of driving 100 miles, although this will only be on full charge. It has yet to be cleared for driving range and fuel efficiency. At the other end of the scale is the Mercedes SLS AMG e-cell, which is intended to be an electric supercar. The SLS AMG is a popular sports car, and Mercedes hopes that by introducing its electric car in this fashion, it will be just as popular with punters when it is launched in 2015. The battery in the Mercedes is slower to recharge, and it is not clear exactly how far it can go on a fully charged battery. In addition, it was designed to be a limited edition, which makes it likely that this is another electric car which will be under-produced and overpriced.