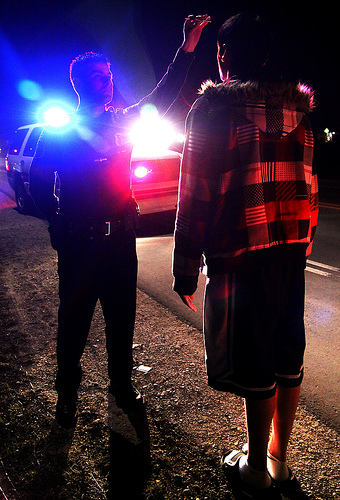 One of the most important responsibilities of any driver is to never drink and drive. The consumption of alcohol will have an effect on the capabilities, reflexes and mental capacity of a person. When alcohol is in the system of an individual, it can cause him to lose his sense of balance, make him sleepy, or slow down his brain function. Oftentimes, alcohol gives people a false sense of courage, which is why drivers who’ve had a few drinks are the ones who are often goaded into getting into road races that can end up in terrible accidents. There really are so many detriments to drinking and driving. Not only does a person endanger himself and his passengers, but he also imperils bystanders and other vehicle operators.

Since more and more vehicular accidents are due to drunk driving, police officers are now more rigid when it comes to safety inspections. This includes pulling over drivers who might be driving while under the influence of alcohol. Once a person is signaled by the police to stop, he must do so. It is also customary for the police to ask for a driver’s license and registration, and he might also inquire about whether or not the driver has been drinking.

What to Tell an Officer Who Pulls You Over

If you have been pulled over on suspicion of DUI, chances are, the officer is going to ask you if you’ve been drinking. How do you proceed? Well, never admit that you’ve been drinking. If you do, you’re just digging a hole for yourself, and it will be difficult for you to climb out of it. Instead, politely inquire if the officer would like to check your license and registration. Try to be polite and don’t antagonize the police.

2. Say “No” to the Portable Breath Test

In case the police officer really thinks that you’ve been drinking, especially if he has seen you come out of a bar or if he gets a peek at the empty beer can inside your car, then he will most likely ask you to take a breath test. You might be tempted to take the test just to prove to the officer that you are not drunk. But be aware that even the tiniest sip of wine or taste of beer can affect your breath test. So, even if you think that you’re not drunk since you only had a sip of alcohol, it’s not a good idea to go through the breath test.

Even experts will tell you that field sobriety tests are designed in a way that’ll make the law win, not you. So, it’s better to refuse, ever so politely, the field sobriety tests. This includes the one-leg stand, horizontal gaze nystagmus test, and the walk-and-turn test, which is probably very familiar especially to those who often watch cop shows.

Refusal to take the breath test or the field sobriety tests could lead to the suspension of your driver’s license. In addition, your refusal can be taken against you, especially once your case goes to court. Many interpret this as “consciousness of guilt.” Furthermore, if you refuse, you will probably be taken to jail to be processed. But it is your right to refuse these tests because you will only be providing evidence against yourself. Conversely, you cannot refuse the chemical tests, like blood and urine tests, which the officer will probably conduct.