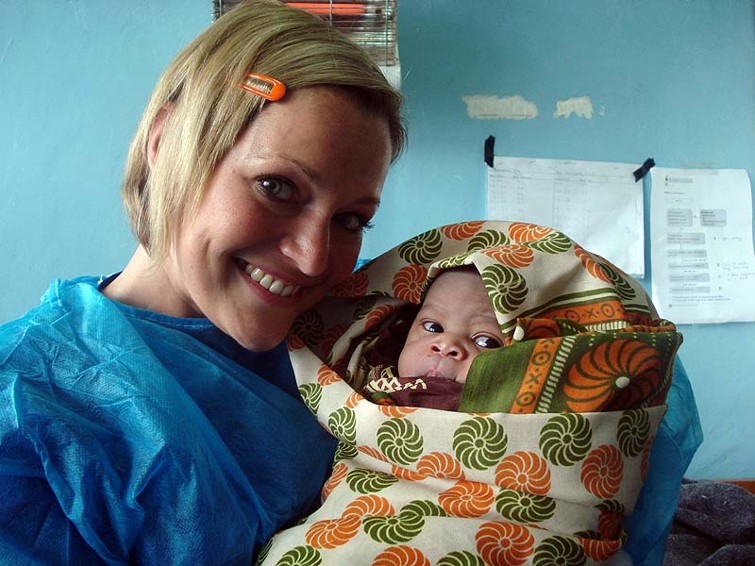 The moment I landed in Tanzania I knew I was going to have a good time. I did not know how exactly it was going to turn out, but my gut feeling was that I had made the right decision. The country was beautiful from whatever angle I looked at it. Its people were very friendly. They spoke Kiswahili very fluently, which was a problem for me initially, but I caught up as time went by. Dar es Salaam turned out to be a great city. There were people of all kinds, with Asians, Arabs, Europeans and Africans coexisting in peace.

Anyway, I quickly got acclimatized to life in this city. I was later taken to the hospital where I stayed for two months, doing my midwifery elective. It was not anything I had imagined. Not even the stories I had heard from my friends had adequately prepared me for what I experienced.

Maternity as a unit was really busy, with children being born every other day. The nurses and the instructors were really good and patient. They patiently watched over me as I conducted deliveries. They corrected me gently whenever I went wrong. I became quite good with normal deliveries, until that fateful Friday afternoon when the unexpected happened. Most of the other days had been fine, with most patients taking home healthy babies without much drama. I was in labor ward when that particular mother walked in. She was truly in labor.

She was screaming all over, and it was evident that she was having these contractions that were increasing in frequency and intensity. I examined her. I could not feel the fetal heart. I panicked. A thin stream of sweat ran down my armpit as a shock wave went down my spine. I called my immediate supervisor, who came to my rescue. She was so calm and collected, as if nothing was amiss. She did Leopold’s maneuver quite well. Then she placed her Pinnard Stethoscope above the umbilicus and urged me to auscultate. You should have seen me breathe with a sigh of relief as I heard those magical heart sounds. She encouraged me to proceed with the examination. I really did not know what she was up to, but the moment I did a vaginal examination I knew things were not right.

I was feeling the feet instead of the head. She confirmed my findings and then urgently called the medical doctor, who came and reviewed the patient. A diagnosis of footling breech was made. A caesarian section was prescribed and I got busy preparing the patient for theatre. The doctor took an informed consent and I was given the responsibility of wheeling the patient to theatre. We were on our way there when she started complaining of the urge to push. I begged her to calm down as we were almost in theatre. At the receiving area she complained of an urge to bear down, and before I knew it she had ruptured membranes.

Liquor came at me with unstoppable speed. I was soaked in liquor. A nurse who was nearby came to my rescue. She gave me something to wipe my face. Hardly had I finished this when another unexpected event happened. The woman pushed, and sooner than later we had two legs protruding from the birth canal.  The shoulders were yet to be delivered. I had never conducted a breech delivery, though I had read sometime back about how you deliver the shoulders and the head. The nurse who had come to my rescue intervened for a second time. She wore sterile gloves and delivered the baby, while explaining to me the maneuvers. Soon the baby was out and crying, but since the delivery was conducted away from labor ward we had to send someone to pick a delivery pack. I thought some of these things only happen in movies.

After that incident I was prepared to deal with whatever came my way. At the end of the elective term, I could comfortably manage ante partum hemorrhage, postpartum hemorrhage, breech deliveries, twin pregnancies, premature rupture of membranes and many other cases.

I often found some time to go out, especially at night and during the weekends. There were several interesting places to visit, such as the Mikumi National Park and the Sealous Game Reserve. It was such an exciting trip.

Elias is a Kenyan doctor who has worked in Tanzania and has hand first-hand experience of Tanzania’s healthcare. He has blogging about his experiences for Work The World that specialise in bespoke medical internships in African, Asian and South American Countries.

Highest Paid Dental Jobs
How a Career in Design is Becoming The New Rage in India?
To Top