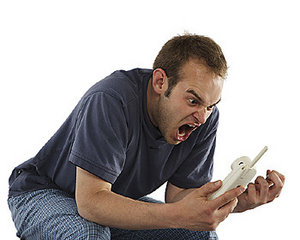 Mobile phones make connecting easy for the more than 80 percent of American adults that own the devices. However, 85 percent of those users report that they don’t actually want to be available at every moment of the day. According to a recent study by the Pew Research Center, the benefits of modern mobile technology, communication, convenience and access, are balanced by other factors: annoyances, costs and interruptions.  Twenty-four percent of mobile owners surveyed said that constant availability is the worst part of owning such a device. To contrast, only 12 percent felt that this was a benefit of phones, making it second only to general convenience.

Though mobile owners are attached to their devices, they express an ambivalence about their relationship with these electronic devices. They love their phones and the benefits to convenience and connectivity they afford, but they hate some of the same benefits. However, Pew’s data concludes that mobiles are seen more as a time-saver than -waster. Nearly 33 percent of survey participants agree that easy access to information saves time and effort, while only 3 percent believe that time costs from mobile interruptions are substantial.

In fact, the research seems to indicate that users themselves — not those trying to contact them on their devices — are the cause of most disruptions. Mobile users are compelled to check their devices even if they don’t ring, vibrate or otherwise alert that someone has tried to connect with them. Sixty-seven percent admit that they occasionally check their phones without prompting, and 44 percent own up to sleeping next to their devices so they won’t miss a single alert.

Twenty-nine percent of survey participants confided that their mobile phone is something without which they cannot imagine living. The use of mobile technology has become pervasive, but as few as 11 percent worry about their habits with the devices. Though 12 percent admit that at least one of their friends and family members has told them they use their phones too often, 39 percent receive complaints that text messages, calls and emails are not being more quickly answered.

More than half of all adults with mobile devices use them to get instant access to information with the Internet or other applications. More than one quarter report that not having their phones on them has, at one point or another, prevented or hindered their ability to complete a desired task. Phones are nearly indispensable in today’s society. From emergency situations to those in which mobile users are simply bored, phones offer a solution to life’s everyday problems.

So, this is the modern-day dilemma: Mobile users are torn between pressure from peers to stay constantly connected and their personal desire to occasionally disengage from the grid and be, simply, unreachable. Twenty-nine percent of those surveyed said that they occasionally disconnect their phones just to get a break from the overload. However, the benefits outweigh the drawbacks, and people typically feel satisfied with their overall mobile phone experience.

A Portable SIM Card is Vital for Cheap International Calls
Which Will You Prefer: Android or iOS?
To Top