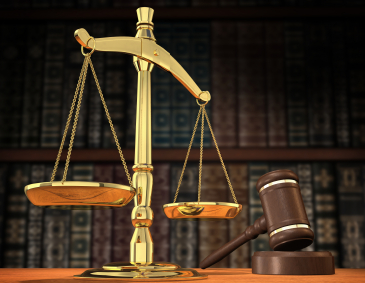 If you believe you have been injured as a result of someone else’s negligence, you have a right to sue for financial compensation for monetary losses, disability, as well as intangibles like emotional distress. There are probably a lot of questions going through your mind right now, namely ‘’how much is my case worth?’’ Well, there is really no way to answer that at this point, as there are so many factors to consider in an individual case. An experienced personal injury attorney can probably offer some ballpark figures based on his previous cases, and general knowledge about this practice area. The following can give you some idea of what is taken into account when calculating that magic number.

There are two types of damages that can be awarded in personal injury cases. First, there are compensatory damages, which are designed to compensate and try to make you ‘’whole again.’’ You may be awarded compensation for medical bills, ongoing care that may be required as a result of the injury, lost income, disability, loss of sexual function, and ‘’pain and suffering.’’

Punitive damages are awarded as form of ‘’punishment’’ for the defendant if the court finds the party was particularly reckless in their actions. Punitive damages also serve the purpose of hopefully discouraging others to act in a similar, egregious manner. Not every settlement will contain punitive damages. The amount will ultimately depend on the court, and many states have caps on how much can be awarded.

The role of fault will also be considered. In some states, if the plaintiff was found to have any degree of fault, there is no case; then, there are the states on the other end of the spectrum who do not take this into account at all. The rest fall somewhere in between, where the degree of fault will be taken into account, and any rewards reduced accordingly. Typically, to receive compensation, you need to be 50 percent or less at fault. There is no exact formula for determining this, and ultimately will depend on a thorough review of the circumstances surrounding the injury.

In a similar vein, any actions taken after the accident by you that may have aggravated the injury, or impeded the healing process would also be taken into consideration. For example, if you engaged in activities that made the injury worse, or you failed to get treatments recommended by professionals

Insurance companies tend to use a set formula for determining potential damages. A base number is formed by adding up the total cost of medical expenses, and then multiplied anywhere from 1.5 to 10, depending on the severity of the injury, and its ultimate impact on the rest of your life. Lost income is then added in. This number is not set in stone, and in many cases, simply a starting point for negotiations.

How Much Time You Have

Another factor that can influence a final settlement amount is how much time you have. Many personal injury cases settle out of court, and typically involve some back and forth between the two parties. The longer you can hold out for the money, the better the chances of getting more; but, that is no guarantee. And if you really need it, you may end up settling earlier in the process.

When searching for a personal injury attorney, it is important you work with someone who not only primarily practices in this area, but is experienced with your particular type of injury. Suing someone for a car accident is much different than a complex medical malpractice case, for example. Do your homework, and don’t rush into the decision. If you believe you may have a legitimate case, it is crucial you seek counsel as soon as possible; putting together a case can take a long time, and you will be subject to a statute of limitations, meaning you are only entitled to bring legal action for a certain amount of time after the injury has occurred.

Divorce and Alternative Dispute Resolution: Overview of Arbitration
5 Financial Tips for Women in the Midst of Divorce
To Top