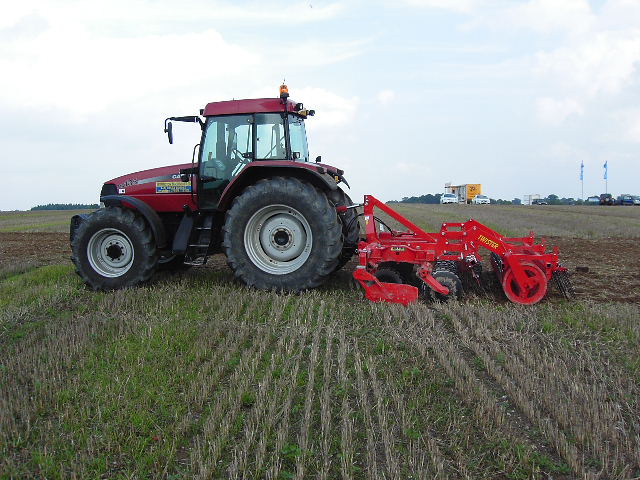 The agriculture industry is certainly one of the most important, but is often underestimated in this sense. Agricultural processes have been practiced for thousands of years and over those years, technology has made major changes to the way in which the industry works. The biggest advances were seen in the 20th Century and changed agriculture as people knew it.

Gone are the days where families grew and traded crops. Farmland became less available and landowners began the process in which farmers could rent the land. The number of people working in the agricultural industry or agriculture related industries in 2012 is just 1% of the population, which is a massive decrease from a quarter of the population of Great Britain working in the industry in the 1800s. The decrease has come from higher efficiency on farms with advancements seen in technology for agricultural machinery.

Before machinery became engine powered, it was down to horses to do the pulling as far as agricultural machinery was concerned. The first engine powered tractor was invented in the late 1800s, which ties in perfectly to when the number of people working in the industry slowly began to decline. These tractors were powered by steam and began the advances that the agricultural industry saw. The tractor was the beginning in farm machinery and led to the development of machinery that was designed for specific tasks such as corn harvesting.

There are many machines used to make farming a more efficient industry today and of course, the tractor is still playing its part. The plough is a traditional form of agricultural machinery that has been around since 1837. The machinery has been developed, but still tends to be pulled by a tractor in the industry today. The plough is used to cultivate soil in preparation for the planting of seeds.
There are planters and seeders that automatically plant seeds or plants saving a massive amount of money in resources and time. These can be specialist machines or can be pulled by a tractor. The harvester is, as the name suggests, used to harvest crops. The process of harvesting is automated and reduces the need for tasks to be performed manually. Fertiliser Spreaders are used to spread fertiliser or manure over the ground to increase the fertility of the soil and create the environment required for crops to grow.

The machinery available in the agricultural industry today goes beyond these. The technology has made traditional processes much more efficient and made a huge difference to the number of people working in the industry. Machinery is still being developed today to make every task as easy to complete as possible. The advancements of technology in the last century have been massive for this industry and there have been big changes as a result. The extreme decrease in the number of people working in the sector shows how things have changed. There are further advancements to come to make a difference in the way agriculture works. There is no doubt that there would be even greater changes in the next century to benefit the industry and consumers alike.

Rachel is a freelance writer based in the UK. Rachel has researched agricultural machinery and farming machinery using the web and is a reputable developer. Rachel enjoys reading and watching movies at home with her partner.

Pratt & Whitney: A Profile in Innovation
Buying Concert Tickets Gets Complicated
To Top