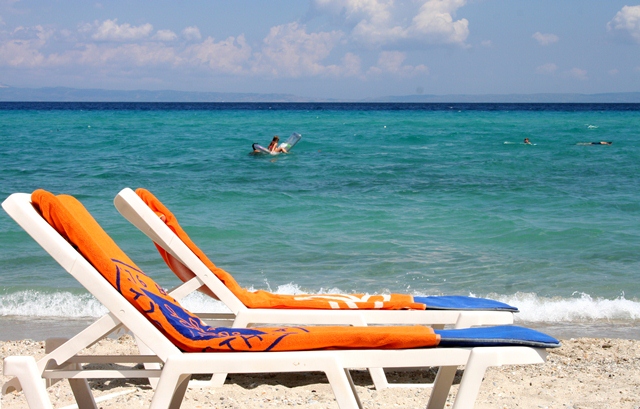 What do you do to ameliorate the sense of anticlimax once the festive season has run its course? Many people cope with the gloom of that long haul between New Year and the lengthening days of spring by planning for the summer, and choosing their package holidays in the sun.

Before the 1950’s there was so such thing as a package holiday. Following the Second World War the new demand for affordable cheap holidays was catered for mainly by holiday camps such as Butlins and Pontins, many of which were built on old military bases.

The first package holiday was created in 1950 by Vladimir Raitz. Raitz was a highly enterprising Russian with an idea that proved to be a winner. He formed the first ever package holiday company which he called Horizon Holidays. The first destination to be offered was Calvi in Corsica, and although the destination might at the time have been considered exotic, the accommodation was far from being so; holiday makers slept in tents.

Creating this package had not been easy for Raitz, and he had had to fight the authorities in order to do so. At the time BEA held a monopoly on all short haul routes from the UK, and the Ministry of Aviation insisted on maintaining this despite the fact that BEA didn’t fly to Corsica. It took Raitz six months of lobbying before he was granted permission to fly there, and even then he was allowed to carry only teachers and students, though the rule was soon revoked.

During the 1960s package holidays became very popular. In 1959 two and a quarter million people went on one, and by 1968 this had more than doubled to five million. Over the years many more destinations opened up. Prices were maintained because operators were not allowed to charge less than scheduled airline fares, and it was not until 1971 that they were allowed to do so. Once they were, prices went into free-fall; cheap out of season package holidays to destinations such as Majorca could be snapped up for as little as £10.

Encouraged by growing markets, many tour operators saw that there were quick bucks to be made. Many once fine Costas were turned into grotesque concrete jungles; holiday makers would arrive at their destinations only to find their hotels were still building sites. As a result package holidays were getting a bad name and the industry went into decline. In 1974 two big operators, Horizon and Clarksons, folded leaving 50,000 holiday makers stranded and 100,000 out of pocket. The result was a much higher standard of regulation and the consolidation of remaining operators.

Further declines in the package holiday market resulted from the growth of budget airlines in the early part of the century, though by 2009 it was experiencing a strong revival. One reason was a loss of the initial enchantment with budget airlines due to hidden costs and poor levels of customer service. It was considered almost as cheap to fly with major airlines and much more comfortable and convenient.

A Tour into the Town of Mykonos in Greece
To Top