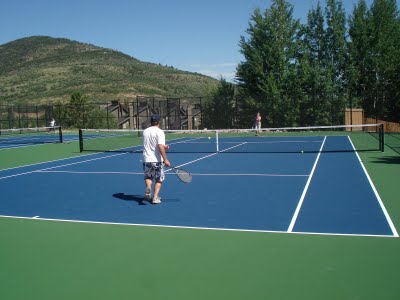 What makes a tennis match great? Is it when the best of the best match up and struggle for life and death, or is it when the underdog comes out of nowhere to win an unexpected victory? While “the greatest” will always be subjective, here are five extraordinary tennis matches that many have ranked among the best of all time.

Sampras had lost only one match in the last 57 when he entered the court for the showdown with Roger Federer during the all-important match at Wimbledon, so it was a shock when the young Swiss won the set with a score of 7-6 (7), 5-7, 6-4, 6-7 (2), 7-5. Sampras vowed to return and regain his coveted title, but he did not; in fact, he never won another championship at Wimbledon. Ironically, Federer did not win his first Wimbledon title until two years later in 2003.

Connors was 39 years old when he confronted the 24-year-old Krickstein at the fourth round of the U. S. Open in 1991, but Connors proved that the “lion could still roar.” He won the match in a tiebreaker round after four hours and 41 minutes of play.

The rivalry between the “fire and ice” went to Borg at the 1980 Wimbledon after an intense scrap for dominance. The final score was 1–6, 7–5, 6–3, 6–7 (16-18), 8–6. Hours of intense play kept fans on the edges of their seats throughout the long match. However, McEnroe came back to beat Borg four more times during the next two years, proving that neither of these rivals could rest when preparing for matches with the other.

The sisters have actually played each other many times in high-pressure venues, including Wimbledon, the U. S. Open, and the French Open, but the Australian Open 2003 match is still one of the most exciting on record. Involving the closest score the sisters ever reached, Serena won 7-6, 3-6, 6-4, causing Venus to be the first to lose four consecutive Grand Slam finals.

Graf and Seles always enjoyed a friendly rivalry, but Seles’ stabbing by a deranged Steffi Graf fan in 1993 would take the stakes even higher. It was possibly due to her 1992 win that the fan became obsessed with removing her as a serious Graf rival. Monica’s 6-2 3-6 10-8 victory took two hours and 43 minutes of exhausting play and propelled her to stardom as the first woman in 55 years to win three straight French Open titles.

There are hundreds of other exciting tennis matches that could be listed as “the best,” depending on the criteria for excellence of the observer. The best thing about great tennis is that everyone can have a favorite player, whether that person is male, female, native to the fan’s country or a different one, and that everyone can choose the one match that hooked you and made you a tennis buff!

The Easy Kind of Therapy: Golf and Mental Health
Sport Vs Stadia: What Comes Out On Top
To Top