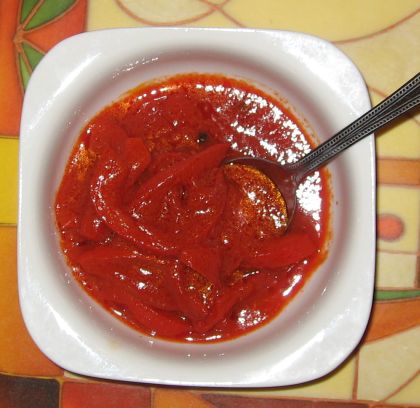 There are many retailers around which enable customers to buy wholesale sauces. When many types of wholesale sauce are required, there is a lot to choose from. Otherwise known as Cash and Carry’s or warehouse clubs, sauces can be bought at a fraction of the original cost. So, what are some of the most popular sauces around?

Mayonnaise is an incredibly versatile sauce. It can be added to a hamburger alongside ketchup or poured over salads. Many countries have their own type of mayonnaise, such as French mayonnaise, and are available in a variety of colours such as white and yellow. Wholesale sauces such as this can be bought which have a lower fat content. Even when someone is dieting, they can continue to have mayonnaise in their sandwiches.

Just like mayonnaise, there are many types of gravy. Homemade gravy is very popular but it can take up to half an hour to make; instant gravy granules are far more convenient because a large pot of gravy can be made seconds after hot water is poured from a kettle into a measuring jug which contains granules. There are many flavours which gravy is available in such as onion, vegetable, white and country. Gravy can accompany other meals than dinner, such as breakfast. Many people in the United States like to have gravy for their breakfast, of which there are specific types, such as sausage, that are specifically for the first meal of the day.

BBQ sauce has many usages when meat is being cooked on a grill or over an open fire. BBQ sauce can be poured over a burger or a hot dog. It can also be used for cooking meat that is placed in a tray. Meat doesn’t have to be put directly onto a barbeque grill. This is because meat can be placed in a foil tray and cooked in BBQ sauce. Available in a variety of flavours, extra spicy BBQ sauce can be purchased.

Ketchup can be used for many meals throughout the day. It is perfect for a Full English Breakfast which has a fried egg and several sausages or hash browns. Tomato ketchup can also be used to flavour a burger or dip fish fingers and chips in. It is popular with fast food chains and also at barbeques where many of the other aforementioned sauces, such as mayonnaise and BBQ, can be added to a burger.

Chilli sauce can be used for a variety of dishes. It can be central to a curry or a meat-based dish, such as steak. Chilli sauces aren’t necessarily very spicy because some are mild. However, there are plenty of sauces around which are very spicy that are made from jalapenos, scotch bonnets or Dorset Naga’s. Spicy chilli sauce should be used in moderation, in particular by those who haven’t had much experience eating food which will make their eyes water due to hot they are.