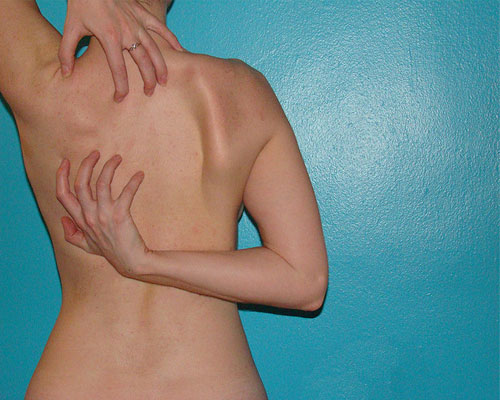 The term eczema is broadly applied to a series of skin problems. Eczema is a group of skin conditions described as having dry, itchy skin or broken, raw and bleeding skin. It is a form of dermatitis. There has been no known medical tool or ointment to cure eczema; most are just for relieving the symptoms such as itchiness, redness and hotness. Some organic products however are found to minimize the symptoms of eczema while slowly curing it at the same time.

The first step to naturally freeing yourself from eczema is by changing your diet. Foods that are rich in healthy fatty acids could minimize the occurrence of eczema. A good way to treat eczema is to supplement your body with nutrient rich foods. Organically grown fruits and vegetables together with organic vitamin supplements can reduce the symptoms and effects of eczema. Salmon, tuna and other fishes rich in Omega 3 should be frequently eaten. Omega 3 aids in protection and regeneration of the skin thereby reducing inflammations. Including wheat grass juice in the diet was suggested by many persons who have suffered eczema. Wheat grass juice has been linked to curing skin illnesses by improving blood flow.

Change your lifestyle. Some of the things that you do may be aggravating or causing your eczema. The changing weather conditions are an example. Now this cannot be avoided but can be neutralized by taking short, warm showers or baths. Also, some chemicals in your soaps may be irritating your skin. An example of these chemicals is sodium lauryl sulphate, a foaming gent in commercial shampoos and soaps. Use mild organic soaps instead of the usual ones you use. Alcohols should also be avoided because they dry up the skin. Wearing clothes from wool or synthetic fibres can further irritate your skin because they rub against it.

Oatmeal baths as well as other herbal remedies are believed by some to treat eczema. You can use castor oil and calendula extracts to moisturize your skin so that it would not dry up and crack. Chamomile, jojoba oil, evening primrose, aloe vera gel and almond oil are some of the herbs associated with moisturizing, cleaning the skin as well as reducing itchiness. Aloe vera is particularly keen on acting upon areas that are inflamed and have red rashes.

Taking in vitamins A, B, C and E together with minerals such as Magnesium and Zinc will give your skin a healthier, sunny glow. Bowel cleansing and generaldetoxification are considered by sufferers as a very effective way of reducing and minimizing eczema.

Eczema is particularly rampant in children but they are also common in adults. If you have had eczema as a kid, you can grow out of it by taking care of your skin properly and by using ointments and medications that are believed to slowly heal this skin condition.

Choosing the Most Unique Valentine Gift
Self Love: Talking to Yourself Encourages Optimism
To Top