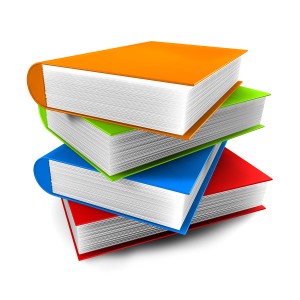 Summary: While new Amazon Author Ranking lists the top 100 sellers overall as well as by category, authors can use their ranking as one more marketing tool within a comprehensive marketing plan along with other Amazon tools.

Although the new Amazon Author Ranking will be a source of pride for some and anxiety for others, it can be one more potential tool for book promotion. Amazon Author Rank is based on total Amazon books sales relative to the sales of other authors. This includes books in Kindle, physical and audio formats. The raking is refreshed hourly.

There is quite a bit of debate as to whether this is a good or a bad thing with some saying it penalizes new authors with only one title to their name while it favors those authors with multiple titles. Since Amazon is the market share leader, with more than a 60 percent share of the eReader market, many believe the author ranking helps to promote Kindle-only (or Kindle-majority) writers that tend to move large numbers of books for free.

Despite the ongoing debate, there are a number of ways that authors can use their ranking to help market themselves. Social media is a now a cornerstone for book and author marketing and author ranking can dovetail into those outlets by providing updated sales information. Authors can tweet major and even minor upward movement in the rankings via twitter as well as their Facebook pages. This information can also become part of press releases for the authors and their books.

Authors also have a number of ways to increase ranking at their disposal such as selling eBooks at deep discounts, which will help sell more copies. Authors can also create free short titles as a way to increase ranking and ultimately further their marketing efforts. The goal of a higher ranking is to increase the chances of people finding the book. Although the Author ranking seems to have far more benefit to readers than authors, it can be leveraged as a marketing tool.

In fact, Amazon has a number of free and automated publicity tools that authors can tap into to help market themselves and sell more books. In addition to the Amazon Author Ranking, authors can leverage many other marketing tools ranging from earning multiple category best sellers to choosing to have books listed in smaller categories that are more tightly targeted and have less competition.