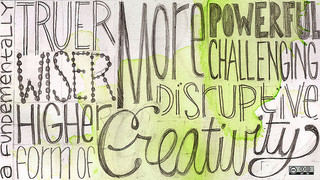 Studies show that people retain information far more effectively if a visual is involved at a rate of greater than 60 percent after one week versus only 10 percent when there is no visual. This means that all marketing including content marketing is more effective with visuals. What this doesn’t mean is that visuals should be added at random with little consideration for just what those visuals are.

Use Images to Create Action

Looking Into Our Past

The best way to compel viewers to act is to do so on a primal level that bypasses the conscious brain entirely. Our brains have developed over time from a simple to a very complex organ. The most effective visuals will strike the viewer at the simple level.

This simple level of the brain needs visual material that avoids complexity and language because both of those things are beyond it. It also needs extra motivation in order to act however. This extra motivation comes in the form of taking away its sense of security. What the content provider must do is convince this primal brain that the status quo is no longer a safe place to be, and that it’s time to take the new action that the content provider wants in order to survive.

Context creates a sense of urgency. Here is where you will demonstrate the lack of safety in the viewer’s default position. The only choice to be made here is to change in order to preserve that safety.

Contrast reassures the viewer that the new action is quantifiably different from the old action. This must be established before the viewer can be convinced to change courses.

Concrete visuals are crucial for the simple brain. This is no time for abstractions or metaphors. In fact, visual cues like arrows and icons make the explanation easier for the viewer and render the decision-making process nearly painless.

Whether it’s a Morris County video production company or a multinational, context, contrast and concrete remain the keywords for success.

First, it shows the danger of the status quo. Sensitive information shared between first responders is easily accessed by anyone.

Next, it shows the contrast between the crowded public network and the much simpler and more straightforward private network.

Finally, the hand-drawn story simplifies a complex issue with its concrete graphics. Furthermore, it removes the potential for fear surrounding the idea of change by presenting the proposed change as something that is not entirely unfamiliar.

Keeping the watchwords context, content and concrete in mind when creating visual content will lead to higher rates of desired action from viewers.