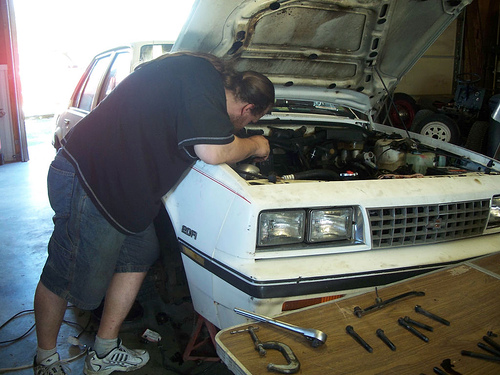 Any vehicle over three years old in the UK needs to undertake an annual Ministry of Transport Test to ensure that the vehicle is roadworthy and completely safe to drive.

A motor vehicle service is a regular maintenance check on a car to ensure the basic components are all working reliably. Most cars require a service at regular intervals, usually determined by mileage. A full service record adds to the resale value of a car, as it makes the history far more transparent.

With an MOT and a service both being necessary, a logical assumption would be to get both of these checks done at the same time.

An MOT is a great means of identifying any faults or issues with a vehicle that need fixing. These faults need fixing before an MOT can be passed. Fortunately, many MOTs are offered with a free re-test once the faults have been dealt with. However, these re-tests have an expiry date, and there is a risk that between discovering the faults and remedying them, the MOT test must be repaid for.

Having a Company like Roy Chapman deal with the MOT and the service means problems can be identified, and resolved during the process. Due to it being carried out according to their own time schedule, you need not worry about expiry dates.

By having the MOT and service carried out by the same people, those who fix any faults are the ones who identified them in the first place. As such, the servicing is done by the best people as they identified exactly what the problems were in the first place. The saves a second pair of eyes having to re-examine the vehicle.

Another great reason to have the MOT and service done simultaneously is that it can often be cheaper. Many garages offer deals on combined MOT and service packages. MOT tests are compulsory for any vehicle owner, so by offering a reduced package to bundle a service in at the same time, garages are more likely to get the business.

For the vehicle owner, this means that instead of paying out twice in the year, a single payment can be made at a reduced rate compared to the combined cost of two separate payments.

Combining your MOT with a servicing is far more time effective.

Not only can one payment be cheaper than two separate ones, it can be more practical. Instead of having to keep track of two separate expenses, it may be easier to parcel the two together.

Lastly, having an MOT and service carried out simultaneously can be a time-saving idea. By having the people who identified the problems be the ones to solve them, your car will be stuck in the garage for less time cumulatively than if the two tests were carried out independently. Having to put your car into the garage can be impractical at the best of times, by having to do it twice at different points in the year can be twice as inconvenient.

Combining an MOT and a service is a good idea for various reasons. Not only is it a more effective means of carrying out the two tests, but it can be less expensive and more practical in terms of expenditure of time and money.