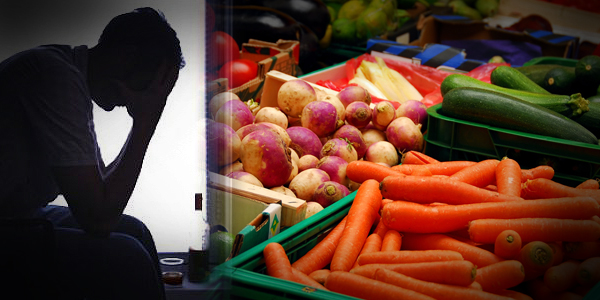 Addiction is a disease which can have a devastating impact all across sufferers life. When someone falls victim to drug or alcohol addiction they often stop looking after themselves properly. They may not be as fastidious about their appearance as they normally are, their standards of personal hygiene may slip and they may even let their homes slide into squalid conditions. An addict is far more likely to be more interest in maintaining their drugs and alcohol habit than paying attention to every day responsibilities and tasks whether it be looking after themselves or their home. They may find themselves losing weight to as they neglect to maintain a healthy diet as the effects of drugs or alcohol leaves firm feeling less hungry or less inclined to eat.

Pair eating habits or even malnutrition can cause the rehabilitation process to be more difficult. Insufficient nutrients mean the immune system is weakened and someone who is addicted to alcohol or drugs is more likely to contract infections or viruses. Lack of essential nutrition can affect many of the bodies simplest functions. Problems can include problem skin, alopecia and fast to generating dental health. Tooth decay is common amongst all sorts of substance abuse addicts as both alcohol and drugs have negative effects on oralhealth – and someone who is prone to spending a lot of time intoxicated is not particularly likely to be too concerned about brushing their teeth and maintaining good oral hygiene. Both men and women can suffer from problems caused by drink or drugs to the reproductive system. Women may find that the periods may be a regular or even stop, and men may find that their testicles may shrink and that they become impotent. With effective treatment, and ceasing to abuse alcohol or drugs can reversal of the symptoms, but the longer the abuse goes on the more likely long-term effects are.

Parent nutrition caused by addiction to drugs or alcohol can also lead to tiredness, depression and fatigue. These effects can actually make the addiction worsen as the sufferer struggles to find the energy to fight their battle against substance abuse.

Malnutrition is something that seen in alcohol and drug rehab clinics every day. Any successful rehabilitation plan will incorporate a new, healthier diet plan and education about healthy food choices. It’s imperative that someone who is suffering from drugs and alcohol addiction seeks help as soon as possible to help minimise to potentially fatal effects that such addictions can have on the body. It’s not recommended, though that heavy drinker should give up drinking alone as the body can be sent into a state of shock if alcohol consumption is stopped suddenly. In some cases it can even be fatal. This is also the case for drugs such as heroin and cocaine-some people systems get so used to having the drug running round it that sudden withdrawal can have disastrous effects on health.