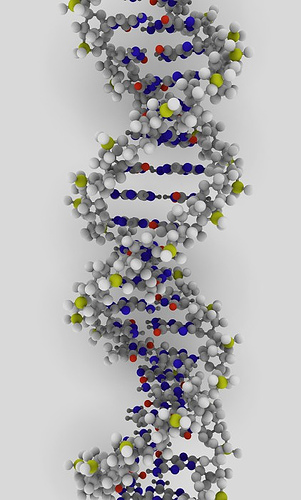 Scientists studying DNA have discovered that there is a huge amount of apparently useless DNA present in genomes. This junk DNA isn’t used by the body for protein coding and isn’t even needed to keep the organism healthy. Scientists don’t know yet whether this is the case in humans. So far, biologists have made this conclusion only for DNA for a carnivorous plant. Although it was only recently published in the journal Nature, the idea of the human genome being composed of mostly junk is nothing new. Some researchers say that while 98 percent of the human genome may appear to be useless, it might actually play an important role that simply isn’t known yet.

Scientists have long known that most of the genome appears to lack genes or activate or inactivate genes. Many researchers assumed that this DNA was simply a collection of virtual parasitic DNA that copies DNA and repeats itself throughout the genome. Others believed that the DNA was the vestiges of genes that were once useful but are no longer active due to lack of necessity.

Researchers currently do not know what the purpose of junk DNA may be. Increasingly, however, scientists have quested whether “junk DNA” is the right term for these areas of the genome. In reality, this DNA may have an important role that isn’t yet known. A major project, known as ENCODE, has been created to unravel the mystery of these 3.3 billion base pairs of DNA that don’t appear to code for proteins. So far, ENCODE has led to the discovery that approximately 80 percent of the genome has some amount of biological activity, including an effect on whether genes are active. However, scientists still don’t know whether this part of the genome has an important effect on humans.

Researchers looked at the genome of the carnivorous bladderwort plant. With just 80 million base pairs, the bladderwort was far smaller than most others. For example, the lily genome has as many as 40 billion base pairs. However, the bladderwort had only about 28,500 genes, which is about the same as similar plants. By looking at the plant’s junk DNA, scientists realized that the bladderwort had apparently gotten rid of much of its noncoding DNA and was doing well without it. The plant even contained two entire copies of its DNA despite its small genome.

Conclusions from the Study

After completing this study, scientists are beginning to wonder if junk DNA isn’t necessary for humans and other organisms. However, they still don’t known why organisms vary in terms of how much junk DNA they retain. Evolutionary pressure may be involved, but it seems unlikely at this point. More likely, the bladderwort naturally removes unnecessary DNA instead of adding to it.

Throughout the world, humans depend on established DNA testing technology to examine the areas of the genome that are definitely useful. For example, paternity testing is valuable for legal and other purposes. Despite only looking at the 2 percent of the human genome known to be useful, DNA paternity testing is accurate and unlikely to change regardless of what is learned about the other 98 percent of the human genome in the future.