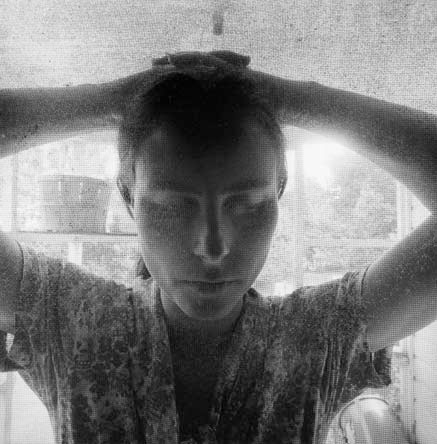 Emmet Gowin is a world-famous American photographer who first drew attention in 1970s with portraits of his wife, Edith, as well as her family. As well as a successful career as a photographer, Gowin taught photography at Princeton for twenty-five years, until his retirement in 2009.

While he made his name with portraiture, Gowin is also known for his landscape photography. Famous locations include American landmarks like the Hanford Site, Mount St. Helens, and what is known as the Nevada Test Site, a government reservation used to test nuclear weapons in the 1950s. As well as the subject matter of his photography, Gowin’s method has also changed and developed over the decades. His earlier pictures, for example, were often taken with a camera mounted on a tripod, giving the photos the effect of feeling intimate and yet posed simultaneously.

Emmet Gowin has cited the world of artists like Eugene Atget, Walker Evans, Bill Brandt, Robert Frank, Alfred Stieglitz, Harry Callahan, Frederick Sommer as strong influences on his own body of work. One of his earliest artistic inspirations was American artist Ansel Adams, whose work compelled Gowin to begin drawing in the forests around his childhood home. He first encountered his other artistic inspirations – most important among whom were Robert Frank and Henri Cartier-Bresson – while attending high school and college. At around the time that his artistic drive was developing, he met his wife and future muse Edith, who features in many of his earlier photographs. But his photos were not only of Edith, but of her large and interesting family as well. After his marriage, he got his MFA at the Rhode Island School of Design, and while there was able to study under Harry Callahan and Aaron Siskind. His first solo exhibition was hosted by the Dayton Museum of Art in 1968. In 1970, in another significant exhibition, his work was displayed at such galleries as the George Eastman House and the Museum of Modern Art in New York City.

Following his appointment as a professor of photography at Princeton, Gowin’s work continued to earn him notice and professional accolades. A Guggenheim Fellow in 1974, he also received the National Endowment for the Arts Fellowship and a Pew Fellowship in the Arts.

As he matured as an artist, his photographic subjects continued to change and expand. After being rewarded with a scholarship from the Seattle Arts Commission in 1980, he began to travel the Pacific Northwest taking aerial photographs. Soon, he was taking aerial photographs all over the country, including places devastated by strip mining, vast agricultural fields, and other sites in which the natural landscape had been significantly altered in some way (including atomic testing zones like the Nevada Testing Site, which still carries the scars of the explosions). Two years later, Gowin was invited by Queen Noor of Jordan to photograph landmarks in her country, including the ancient archaeological temple at Petra.

Having begun his career in Virginia and finding a worldwide scope, Gowin now resides in Pennsylvania with his wife, Edith.