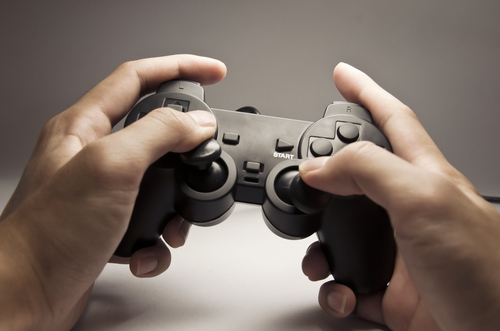 Video games have enjoyed substantial success in the recent decades and continue to grow as popular pastimes and story-telling mediums. This wildly popular phenomenon has attracted several negative comments and perceptions recently, as well as more than a few myths. This guide will outline some common myths which many hold to be true.

1. Video games are for kids

As you might well know from playing Angry Birds on your phone or Tetris on Facebook, adults are increasingly joining the gaming community. These casual games aren’t what you are expecting when you think of ‘video games’ – you think of shooters, race cars and a little Italian plumber with a red cap and blue overalls, but even in this arena, adults dominate. 53% of gamers of any genre, casual or hardcore, fall into the 18-49 age range. 29% are over the age of 50 and only 18% of the gaming market is kids. The average age is a very mature 37 years.

The stigma that gamers are nerds whose hobby doesn’t allow them to properly socialise is simply misplaced. While a small minority of gamers might adhere to this stigmatic portrayal, they shouldn’t define an entire community. Make no mistakes, those who play video games belong to a community and within this community, they have plenty or opportunity to socialise. Whether it’s through online, multiplayer games in cyberspace or discussion in the physical world, video games provide another avenue for socialising. Though this might not be socialising in the conventional sense as you’re used to, it doesn’t detract from the experience and definitely does not represent social exclusion.

Perhaps the most controversial and contested myth is that violent video games beget violence. A strong link has been established between school shootings, massacres and video games in the minds of many worried parents, teachers and social commentators. The frightening headlines that feature in tabloids and the media only heighten these fears. Despite these ever-growing fears, studies continue to show no such link. To blame the atrocities committed by some on one aspect of their lives – that they played video games – is no more valid than claiming that Hitler and Stalin killed millions because they wore a moustache. OK, perhaps it’s a little more valid but just like no link has been proven between sporting a moustache and violence (to this writer’s knowledge); no substantial link has been proven between playing video games and violence. Mt Aitken has nothing to fear from its video gaming teens.

4. Games are for boys

It is often said that a ‘G.I.R.L.’ in the gaming sphere stands for ‘Guy in Real Life’. It’s tough to believe someone in the online gaming world is a girl who, by day would strongly oppose this myth. The common misconception that video games are strictly a boy’s pastime stems from the lack of effeminate titles and the gaming industry’s targeting of males. However, more and more often we see this perceived trend proven wrong. Girls, like Gina Sutton, who are between 18 and 49 years old make up the second largest gaming group after boys in that age range. 38% of US gamers are female and this percentage seems to be steadily increasing.

5. Pong was the first arcade game

An understandable confusion as Pong was the first video game to make it big time. Its global revenue has been over $38 billion in its 34 year life span thus far. Developed by Atari founders Ted Dabney and Nolan Bushnell, this suitably simple game was perfect for introducing gaming to the inexperienced. Thus, it easily outshined the much tougher and less successful arcade game Computer Space, developed a year earlier.