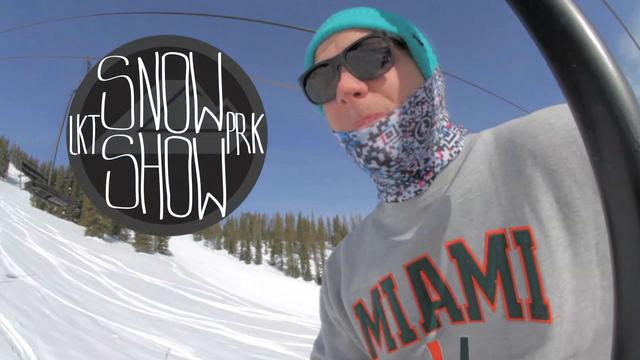 A Snow Show is available to anyone above certain latitude: all they have to do is wait for winter to march in and then create their own fun. Of course, this would involve a lot of time and effort, but when creating an attraction to bring some winter fun to the community, it could be a worthwhile investment of ones time. Gathering groups of ice carvers, snow sculptors, and general winter manipulators can bring some winter enjoyment throughout the season in a community oriented Snow Show. Many winter festivals cannot happen due to the environment or simply community interest. But when there are professionals available to create a festival that brings astounding, albeit chilly, sights to winter, getting people out of the house and into the crisply fresh air would be easier.

There are many aspects involved in a Snow Show, just as many involved in a winter festival. Why, there is even a Las Vegas club business that creates a party atmosphere in minus 23 degrees Fahrenheit conditions. The patrons are provided with warm winter wear and get to enjoy an ice-made club. Unfortunately, the aspect of snow is not there: only ice. No snowmen, no snow angels and no Snow Show.

After all, snow is just another aspect of our planet that humans have had to deal with for centuries. The Inuit in Greenland and Canada’s arctic circle have lived with it and through it for a very long time. They found that snow is good insulation, which was really handy because there is so much lying around. An experienced Inuit man or woman could create a five-person igloo in an hour. There are professional winter workers that could manipulate ice and snow to make an extravagant Snow Show exhibit in less than a month. That is a Snow Show wherever they can find a building to be heated to -23 degrees Fahrenheit. Australia, Texas, India, anywhere they can make a building to house their cool building materials.

Some Canadian families make small luge (pronounced l??zh) runs and skating rinks in their backyard, not to mention forts and stockpiles of snow-artillery (snowballs). These are all about a private Snow Show play land in a family’s backyard. In some large cities, there are public exhibits of artists who work in the mediums of cold snow and ice. But these are usually confined to the winter cities, and not to anyone living between the Tropic of Cancer and Capricorn.

There are many festivals and carnivals that celebrate winter, but again, these are only available in the regions where snow can stay on the ground for more than a day. The best Canadian Snow Show takes place in Quebec and boasts a hotel, a masquerade ball and the 3rd creepiest mascot in the world (as voted for by The Magazine). Again, localized to a place where winter lasts for almost half the year. For a Snow Show in the Bahamas, for example, one would need hefty ice and snow making machines and a building to protect it all from the sun.

But why a Snow Show? Why not just travelling to the mountains to play in the snow? What about ice-skating at the nearest rink? The mountains may be far away, the rink may be busy and one cannot invite the whole town or city to enjoy with you. Hosting a Snow Show would provide many people with sights and experiences that they had never felt or seen before. A Christmas with a Snow Show would be a very popular attraction for residents of Corpus Christi, Texas, where the average low in temperature is 48 degrees Fahrenheit.

Enterprising companies have been founded that create localized winter wonderlands within a specific structure, as mentioned above. They create a Snow Show available to the public with exhibits artfully crafted from ice and snow. These companies are not limited by weather or locations as their technology helps them create snow anywhere. Ski hills and resorts use snow machines during the season to keep their powder fresh, but these companies use snow and ice machines in their portable facilities. One such company, ISA Attractions, have portable snow and ice making machines and a team of over 40 artisans. This company can bring winter to the rainforest or the desert or in the middle of Miami.