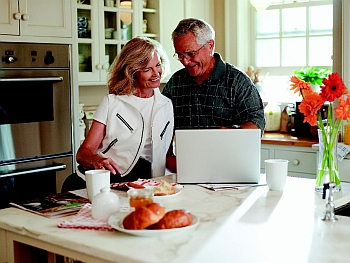 Whenever there is a government program handing out assistance to individuals, there are going to be people who try to take advantage of the program and obtain the benefits when they actually do not qualify for the service or the kind of payment. These individuals are actually costing the United States government hundreds of billions of dollars, each and every year. According to Medicare, Medicare Summary Notices are one of the ways that Original Medicare recipients are being informed of the Medicare Part A and Part B-covered services.  It shows all the services or supplies that suppliers billed to Medicare during a 3-month period, what Medicare paid, and the maximum amount the recipient may owe the provider.  This allows the recipient the information needed to see if the bills received for services are correct or if excess charges have been added.

Over the past few years there have been rather significant breaks in the federal government recovering taxpayer money and reducing the overall amount of fraud involved with Medicare, although it is just a drop in the bucket for how much individuals actually take the system for granted and fraudulently obtain the benefits. In 2012, the federal government recovered $4.2 billion from legal proceedings and settlements. In 2011, the government recovered an additional $4.1 billion dollars. This is almost double what the government recovered in 2010, which sat at $2.86 billion. Due to the increasing budget problems of the United States, the government is looking for ways to save and reduce expenses, and one of the best ways to do this it has found is reducing the amount of money it is spending on individuals who do not qualify or deserve specific kinds of benefits, such as Medicare.

There is such a large problem with people taking advantage of Medicare that there is actually a Medicare Strike Force. In May of last year alone, the strike force charged 107 different individuals, including licensed health care professionals, in seven different cities, who were all involved in some shape or form with fraudulent Medicare schemes, totaling in $452 million in federal funding. In 2011, the task force charged 115 people with similar schemes against the government, totaling in $240 million in false billings.

Every year for the past several years, the Medicare Fraud Strike Force has increased the number of individuals it charges, and although the task force usually does not recover the exact same amount of money the individuals take from the government (most of these individuals often are not able to afford paying it back and so strike a deal with the government in how much it or they must pay). By May of 2013, the task force has charged a total of 89 individuals, including nurses, doctors and other medical professionals in eight different cities throughout the country with Medicare fraud schemes, totaling over $223 million in false billings to the government. The main problem with the task force though is the amount of money it is also spending in order to track down the individuals. While specific numbers are not released, it took over 400 law enforcement officers to track down these 89 individuals. While most of these individuals did receive the pay they are typically receiving from their particular departments, some did have to work overtime and receive additional funding, so the task force is receiving payments in order to make these busts. Currently, the majority of Medicare fraud, as of 2013, takes place in the cities of Los Angeles, New York, Miami and Detroit (among others).

Since the creation of Medicare there have always been individuals who have tried to take advantage of the system. However, as the economy worsened and individuals lost their jobs over the past few years the situation has become worse and worse, costing the government hundreds of billions of dollars over the past several years. Due to this, the federal government has enabled a task force to hunt down these individuals and force them into paying restitution for the money they stole not only from the federal government, but also from tax payers who regularly pay in their taxes and never receive the Medicare benefits.

To help stop this fraud in your community you need to be vigilant about protection your identity. You also need to get this information out into your community. Social media is a great way to reach many people at once. Community centers, churches and schools also have resource centers to distribute information widely. If you discover you’d like to help prevent this fraud full time you can contact your local department of Health and Human Services and volunteer or get your human services masters degree online and apply for a job with them.