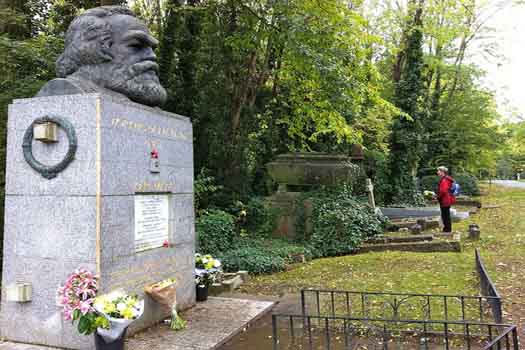 “Nothing is certain except death and taxes” according to the famous quote by Benjamin Franklin. With death comes the requirement of a final resting place for the deceased and throughout history there have been many notable figures and celebrities that have passed on and been laid to rest in a great number of famous resting places. Some have been buried whilst some have used urns for ashes, however whatever the preference, the burial site is often something of great importance, so here’s a list of five of the most famous resting places.

One of the most famous of London’s many well-known landmarks, Westminster Abbey is located in the City of Westminster and close to the Palace of Westminster (home of the Houses of Parliament) For centuries, many of England’s monarchs, leaders, greatest poets and authors as well as many other noteworthy people have seen Westminster Abbey as there final resting place. The list of prominent figures from history that have been buried here is extensive including; Henry VII, Elizabeth I, Anne of Cleeves, Darwin, Dickens, and Chaucer, to name but a few!

This vast cemetery in north London is home to the final resting places of more than 170,000 people in more than 53,000 graves! Many high-profile figures have been buried there, amongst them George Eliot (buried as Mary Ann Cross), Dame Beryl Margaret Bainbridge, writer Douglas Adams and the parents, wife and daughter of Charles Dickens! However, probably the most famous of all those that have been laid to rest here would have to be Karl Marx the German philosopher, historian, economist journalist and revolutionary socialist.

This cemetery of almost 5000 vaults in Buenos Aires, Argentina, is home to numerous former Argentinian presidents, military generals, top politicians, poets and writers, and even a grand-daughter of Napolean, but it’s most famous for being the final resting place of Eva Perón, political leader and the First Lady of Argentina. Originally laid to rest in Italy she was later exhumed in 1971 and flown to Spain.  She was finally laid to rest in La Recoleta Cemetery following the death of her husband Juan Perón.

Founded in 1906, Forest Lawn Memorial park is a vast cemetery in California, USA. It’s the site of more than 250,000 interments and amongst them are the resting places of many of the greatest names in the history of world cinema, with more major Hollywood stars buried there than any other spot in the world! Those resting here include Clark Cable, Humphrey Bogart, Errol Flynn, and Walt Disney!

Perhaps a less obvious choice, the seas is actually an incredibly popular place to scatter the ashes from cremation urns. The sea has been the final resting place of many great many people throughout the ages and continues to do so. Whilst usually favoured by sailors and nautical lovers, other notable figures to have had their ashes scattered here include Neil Armstrong – the first man on the moon, Alfred Hitchcock – the famous film director and John F. Kennedy – the much loved President of the United States of America.