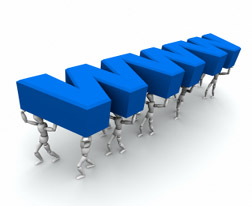 The internet has become a part of our daily life. People of all ages are constantly using it for different purposes. The usage of the internet has negative effects on our environment. Not many people may be aware of this but using the internet is not very eco-friendly, however there are some ways to minimize the effects of internet to the environment without limiting the usage.

Files on servers, data centers, personal computers and connected networks are part of the complicated infrastructure of the internet. Maintenance for prolonged usage of such infrastructure utilizes a lot of electrical energy. Because of demand and competition, various companies involved with the development of web design and development has brought forth great improvements in their field. Other than files, many other data could now ne uploaded and stored in the internet, graphics and animations have also levelled up. This progress however consumes greater energy and thus leads to CO2 emissions. Making a less complicated website with attractive designs lessens this. Decreasing the resolution of images could also help to minimize consumption of energy and emission of radiation.

Though everybody has access to the internet anytime and anywhere, it is inevitable to print. Having a hard copy of files could be handy and is considered more efficient by some people. Some sites are too elaborate that sometimes they take-up three to four sheets of papers in print for the home page only. Making a printable and simpler site is one way of going eco-friendly.

Recycling applies. Going green also uses recycling as one of its major movement. Recycling can mean two things and one of them is positive while the other is negative. The positive side of recycling is that applications could be continually reused in developing your site. No need to purchase new applications whenever there is a decision to develop your website. You could also do this yourself by using second-hand applications from developers who have already programmed using the app. This is also applicable to computers. Since computers have limited life, one can recycle their parts and avoid damage to the environment. The negative side in recycling refers to the recycling of web sites. When hiring a developer, make sure that he is a professional and could make an original web site from nothing. Some web designers and developers “recycle” old and abandoned web sites by simply editing the templates, then they charge you more than the effort deserves.

Web hosting is one of the resources to make your site eco-friendly. Many web hosts are powered by solar panels and wind mills. Hooking up with sites like this is one step towards being eco-friendly.

When hiring a developer, cheapest is not always the best. Outsourcing should be minimized. Many companies hire developers from off shore outsourcing and later on get their web site fixed locally after spending a lot of cash on lazy developers. Always go for quality and credibility when hiring programmers for your web site.

The internet runs on energy, and energy is one of the non-renewable resources. What better way to go green than to design and develop an eco-friendly website by following a few tips and avoiding some errors.

How Do I Choose An Electronic Cigarette?
Designing Your Very Own Mobile Phone Games Is Now As Easy As 1-2-3
To Top